I come from a ‘Sports Participating’ kind of family, though my main claim to fame (and one day I will find out the details) is that my father - who was a Dairy Farmer - won a fell race up Shutlingsloe in his youth (probably in wellingtons or Cloggs!). Sadly, the cup he got was damaged and much to my dismay it got thrown away and none of us know the details of the race. I come from a large family (seven of us) and my brothers all played for local football teams and all of us, including one of my two sisters, ran in cross country teams at School.

I played football for many years, mainly for Leighton Hospital in Crewe, and I used to run to keep fit for the football but always found it a chore and very boring pounding the streets. Sadly, all I have got to show for nearly 10 years playing was two runners-up league positions (still, it got us promotion) and one cup runners-up shield. After hanging up my football boots, I qualified as a Football Referee, covering games in local Leagues.

So running… I first looked at joining Congleton Harriers in my early forties, not that long after I started refereeing. I even got to the stage of contacting the secretary and printing off the applications form, however, the thought of me not being good enough and work always getting in the way stopped me from taking that final step. Whilst I am very much one for not having regrets, I do feel it’s a shame I did not join at that time.

Fast forward 15 years, retirement planning well-advanced, and having been upset by my employers once too often, I finally decided it was time to put what I wanted to do first. So, I joined the Boxing Day run and met loads of Harriers, some of which I already knew. I joined shortly afterwards and have to say it’s been a very positive step indeed. Shortly after I joined, and without any discussions, my two daughters also decided to join, I was a little puzzled at first that they wanted to join the old man but also very delighted.

Well, I said positive, why? Well, I have lost weight, got much fitter and faster (faster running now than when I was playing football in my late twenties and early thirties), got involved with loads of new things but I think the two most positive aspects are I never, ever, get bored running and have made so many new friends, I really have. These friends have not just come from the club but also by doing Parkrun, and things like the Staffordshire Moorlands summer series when you get to meet regularly so many runners of other clubs etc. The running community to me are very much like-minded people.

One final thing is I have had my health issues (but I consider myself to be very lucky), and keeping as fit as I humanly can, can (in my view and that of my consultant, who always tells me to get on with my life) only help.

Joining Congleton Harriers has been a very positive experience indeed, I love just about everything we do, be it running, organising events, socialising, raising money for charity and of course I love doing team events. I just wish I was 20 years younger! 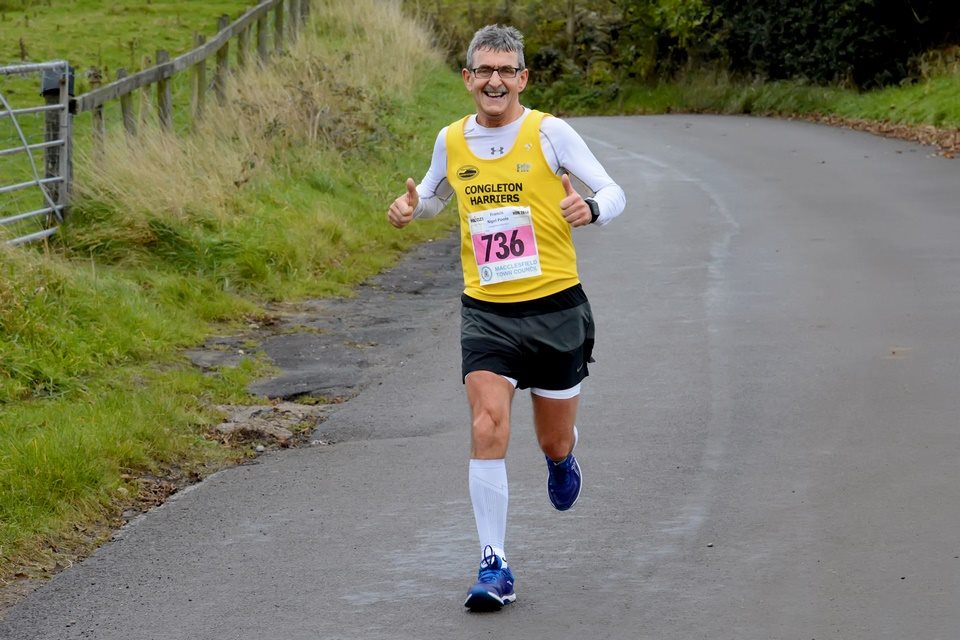